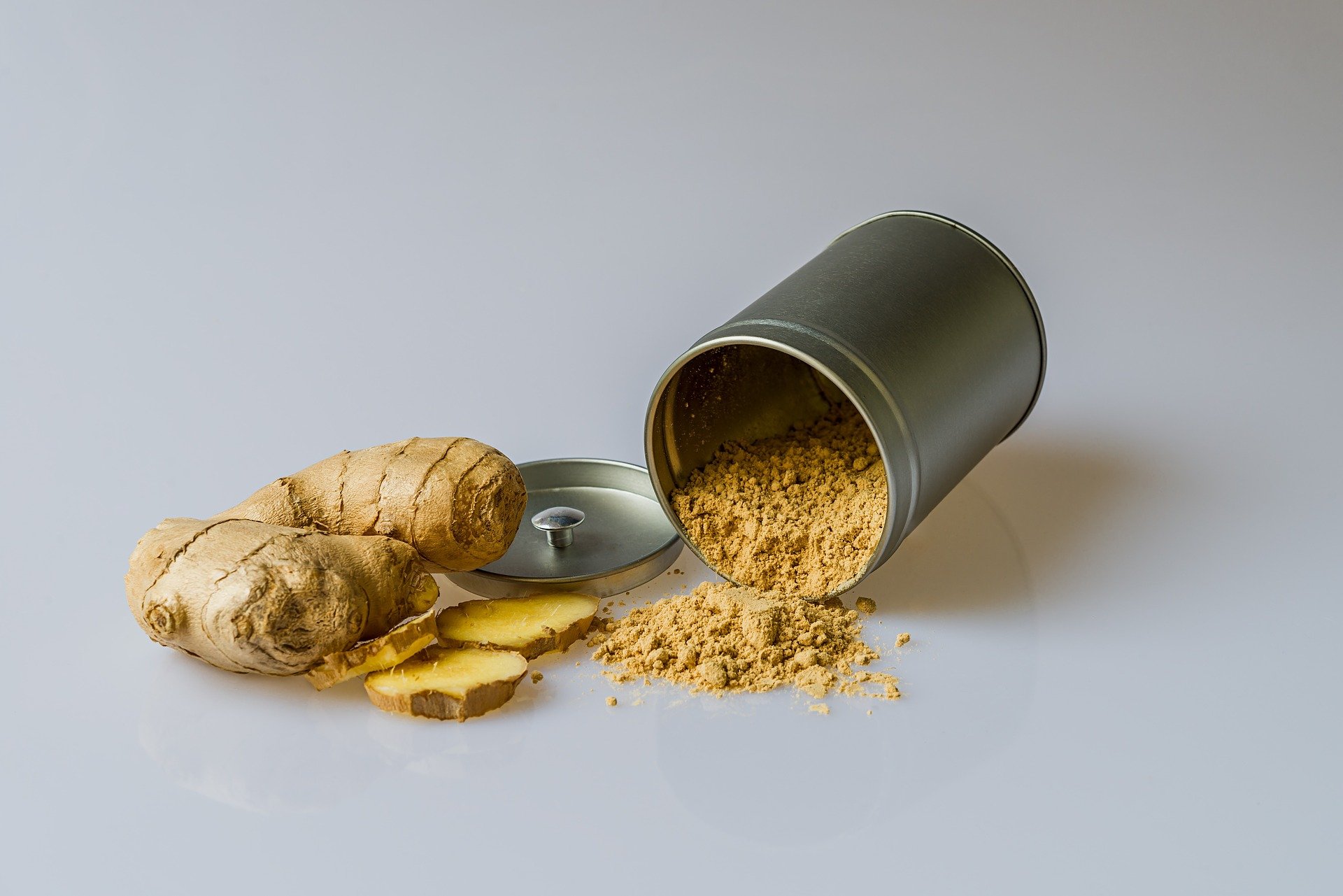 Native to southeastern Asia, India and China, ginger has been an integral component of the diet and valued for its aromatic, culinary and medicinal properties for thousands of years. The Romans first imported ginger from China and by the middle of the 16th century, Europe was receiving more than 2000 tons per year from the East Indies. The top commercial producers of ginger now include Jamaica, India, Fiji, Indonesia and Australia.
The ginger plant is a creeping perennial with thick, tuberous underground stems and an ability to grow up to one meter in height. Cultivated mainly in tropical countries, Jamaican ginger (which is paler) is regarded as the best variety for culinary use. According to Chinese tradition, dried ginger tends to be hotter than fresh.
Ginger is commonly used to treat various types of “stomach problems,” including motion sickness, morning sickness, colic, upset stomach, gas, diarrhea, irritable bowel syndrome (IBS), nausea, nausea caused by cancer treatment, nausea caused by HIV/AIDS treatment, nausea and vomiting after surgery, as well as loss of appetite.
Some people pour the fresh juice on their skin to treat burns. The oil made from ginger is sometimes applied to the skin to relieve pain. Ginger extract is also applied to the skin to prevent insect bites. One of the chemicals in ginger is also used as an ingredient in laxative, anti-gas, and antacid medications.

What Is Echinacea Tea?

Green Tea: Its introduction and benefits