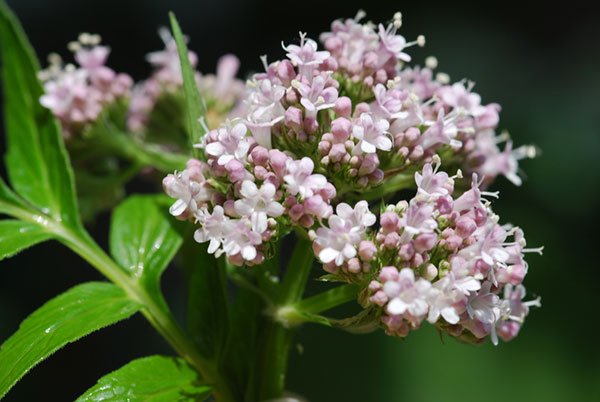 If you’ve ever looked into natural ways to improve your sleep, you’ve probably noticed that one of the most common herbal remedies used for this purpose is valerian (Valeriana officinalis). In fact, it’s been prescribed for insomnia since the second century A.D., and its other therapeutic uses were even described by Hippocrates.

One of the most popular ways to reap the potential health benefits of valerian is by brewing it into a cup of tea. Read on to learn more about the properties of this relaxing beverage and what you should keep in mind before including it in your diet plan.

What Is Valerian Tea?

Valerian tea is derived from the dried roots of the valerian plant. Also known as “nature’s valium,” valerian is a perennial herb that’s famous for its potent calming effect. It’s native to Europe and Asia, but is also cultivated in America and China, among other countries.

Valerian grows up to 5 feet tall and has sweet-smelling flowers that are white, lavender or pink. Unlike its flowers, the roots of the valerian plant from which the tea is made have a distinctive earthy scent that many people find unpleasant. This odor is caused by its volatile oils and active compounds.

The ability of valerian root tea to help promote sleep quality and quantity is perhaps its most valued health benefit. This herbal concoction is usually consumed by people with sleeping disorders such as insomnia, since its sedative effect makes it a great natural alternative to sleeping pills.

According to studies, the valerenic acid from every sip of valerian tea may help increase your levels of gamma-aminobutyric acid (GABA) and inhibit its breakdown. GABA is an amino acid that plays a major role on the nerve impulses in your brain and nervous system. Low levels of it have been linked to anxiety and poor-quality sleep.

Valerian tea may also help maintain high serotonin levels in your brain, which in turn helps improve your sleep by stabilizing your mood. Moreover, studies show that the extract of valerian root may help you fall asleep quicker and stay in deep sleep longer. In addition, a cup of valerian tea provides the following benefits:

What is ginger good for?

What Is Echinacea Tea?